“Ascension Seton is proud to support Jack’s Generic Triathlon as the Official Medical Provider,” said Adam Bauman, vice president, orthopedics & sports performance, Ascension Seton. “We are excited to expand our partnership to include not only our running community, but also our cyclists and swimmers in this great race.”

As the Official Medical Provider, Ascension Seton doctors and nurses will work together with Travis County EMS to focus on participant’s well-being. Ascension Seton is part of the largest nonprofit health system in the U.S. and the world’s largest Catholic health system. They’ve expanded their Austin footprint, partnering with the Austin Marathon and Austin Bold FC.

“One of Jack’s Generic Tri’s main focuses is the participant, from their overall experience to their safety,” said Jack Murray, co-owner of High Five Events. “Our growing partnership with Ascension Seton ensures the well-being of our participants continues to be the highest of priorities.”

Each participant receives a commemorative 17th Anniversary shirt, water bottle, and swim cap. They will earn a finisher’s medal, post-race food and beer, and the signature swag toss. Professional timing, a wonderful volunteer crew, hundreds of supportive spectators, and an electric finish line festival will ensure the 17th Anniversary of Jack’s Generic Triathlon is one to remember. 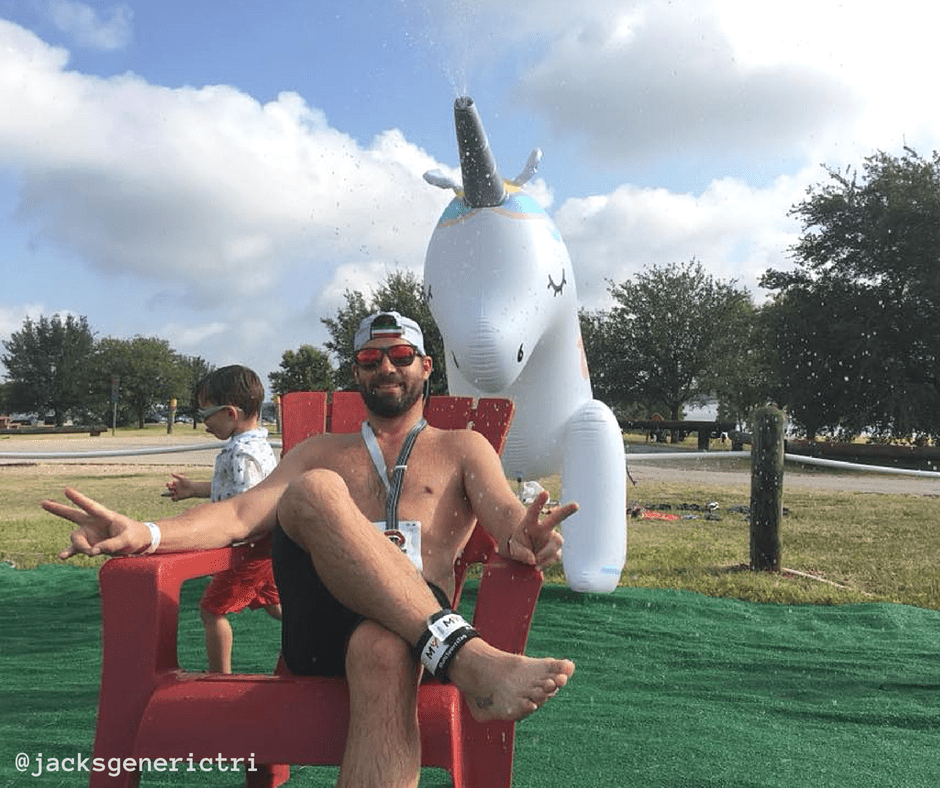 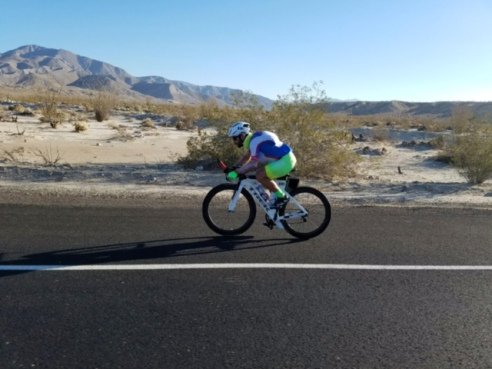 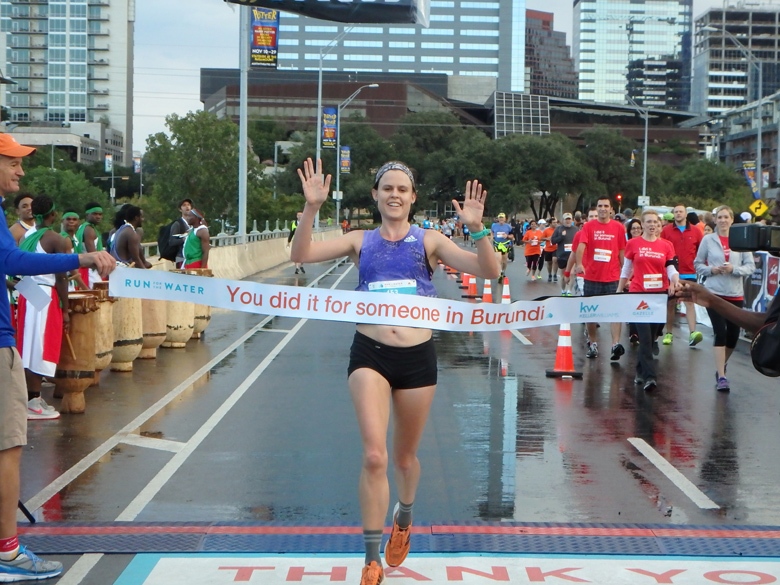 Remember: there’s no “I” in relay team

Triathlon is that much more fun when you divide and conquer! Recruit friends, family, or co-workers and create your relay team for Jack’s Generic Triathlon. The 16th annual JGT will take place on Sunday, August 26th, at Walter E. Long Metropolitan Park. Relay teams can consist of two or three individuals. If your team has two members, one person will take two legs and the second person will take the third leg. This can be accomplished in any combination. Check out the top five reasons to build a relay team at this year’s Jack’s Generic Triathlon. 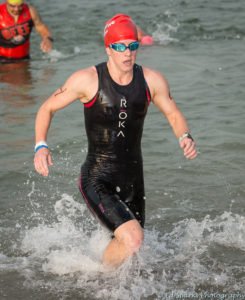 Finish the swim and cheer on the other two legs of your relay team!

Maybe you know about triathlon, maybe you’re unfamiliar. Perhaps you’ve cheered and supported friends at their triathlons, but you’ve never participated in one. Creating a relay team is the best way to get introduced to the sport! Attempting something new can be a little overwhelming at times. Building a team of two or three will help take some of the pressure off. Train with your team, experience the highs and the lows, and get a taste of your new sport.

Have three times the fun

Of course you can always double your pleasure. But why do that when you can triple the fun?! That’s right, get two friends or co-workers and create your relay team. Next, come up with a sweet team name. While you’re training, you can have team tops made and begin planning what you’ll wear on race day. Will it be matching outfits or a hilarious swim-bike-run-friendly costume? So many choices! 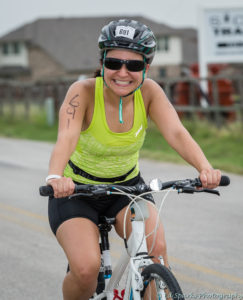 Hop on your bike with fresh legs!

Injuries happen. We all know that. But what may prevent you from running might not stop you from cycling or swimming. As long as you feel comfortable and aren’t in pain when training, creating a relay team for JGT is a fantastic way to stay active while continuing to strengthen your muscles. You never know, cross-training might just help speed up your recovery!

Get the old high school/college crew together. Build a family relay team that spans three generations. Create an all-sibling team. Represent your employer and become the talk of the office. Raise some serious dough for your favorite nonprofit. Whatever direction you go, make this something you won’t soon forget. Participate with loved ones and/or fundraise for an organization that’s close to your heart and your JGT experience will be stored in your long-term memory bank.

You have a need for speed 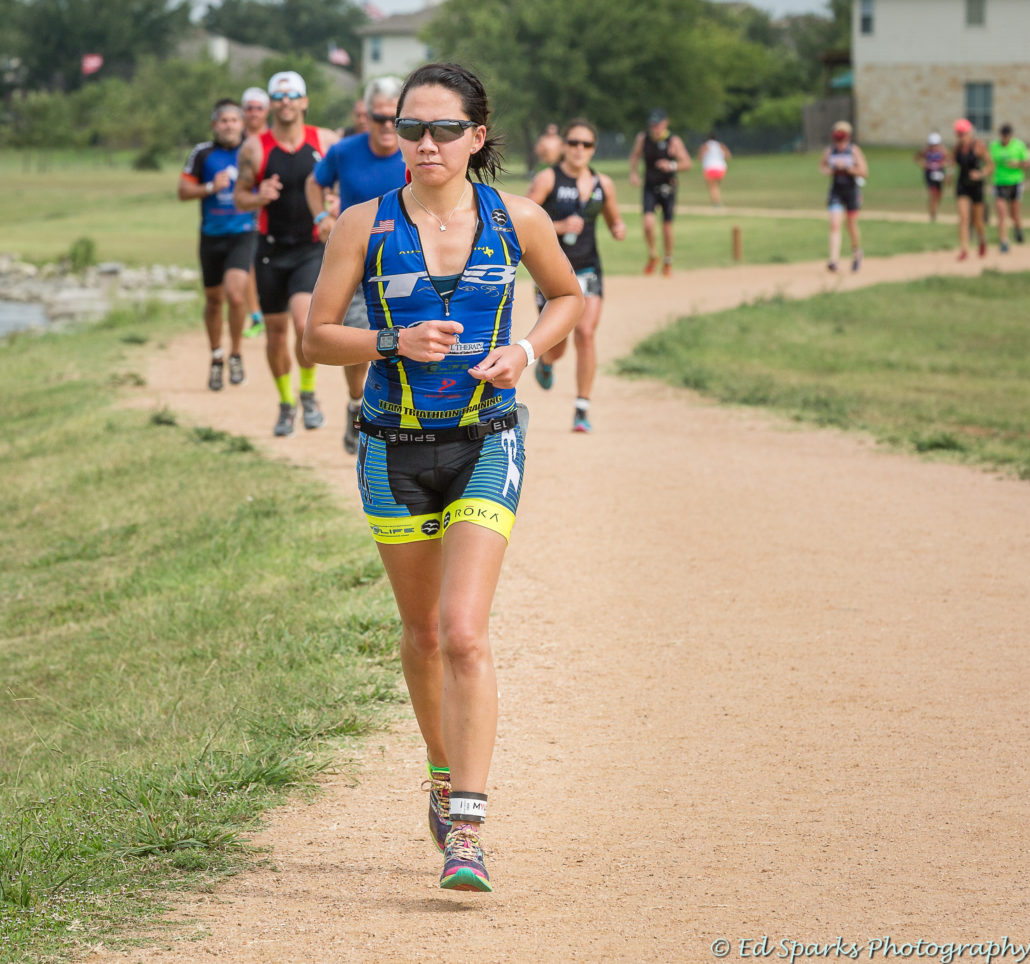 Run your heart out while your relay team members cheer you on!

You’re like Ricky Bobby: you just want to go fast. Triathlon is a trying sport, pushing your body’s limits. Training coupled with proper hydration and nutrition help keep your body going. But by the time the run starts your energy levels are decreasing, slowing you down. Try pushing the limits in another way, create a super team. Find someone who swims like a fish in the water. Add a member who gets speeding tickets on their bike for going too fast. Pick a runner whose feet seem to never touch the ground because of their speed. Assemble this super team and show up on race day ready to set land records (just watch out for the speed traps)!

Whatever your reasoning, there are two things left to do: build your team and register!

Make sure a brick is in your triathlon training plans

Integrating a brick workout into your training prepares you for racing by combining two aspects of triathlon into a single, continuous workout. The two most common examples are a swim to bike and a bike to run.

The term brick has a few meanings.

2) Another is that after a bike/run workout your legs feel as heavy as bricks. 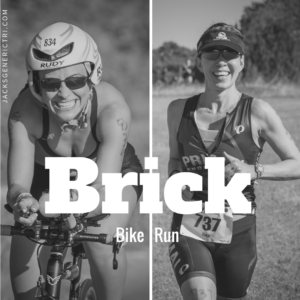 Setting Up for a Brick Workout

There are several ways to integrate a brick workout into your plan, however, set up is always key. The reason for this is to minimize transition time between disciplines in the same manner as a race. At T3Multisports, we utilize a transition bike rack that allows athletes to set their transition area up in the same fashion as they would on race day.

We build a transition rack similar to what you see at races. We place this near our open water swim practice area or in a side parking lot near a pool. The athletes swim the prescribed distance in their race suit. They then run to the transition area (complete with bike mount line) and transition onto the bike.

The duration and intensity of both the swim and bike will depend on where you are in your training or what you are targeting as an area of improvement. If you don’t have the luxury of a rack, setting your bike up poolside (check with the lifeguards first) or securing it a public bike rack might be an option. Brick training along with the transition practice will help you transition to the next level!

Andrew Sidwell is the Adult and High-Performance Coach at T3Multisports. T3Multisport is Round Rock’s premier year-round, group triathlon training program for adults. It doesn’t matter if you are new to the sport or an experienced veteran; we will help you achieve your goals and Transition You to the Next Level.