This list of binge-worthy show recommendations has something for everyone

Feel like you’ve finished everything on Netflix? Us too. If you’re looking for some new shows to watch, you’re in luck! The staff at High Five Events compiled their list of favorite binge-worthy show recommendations. If you like drama, comedy, fantasy, or history, they’ve got you covered. Fire up the next episode, settle in on the couch (after your JGT training of course!), grab your favorite snack, and enjoy. Pro tip: try out some of these yoga poses for triathletes during your binge-watching marathon for some added relaxation! 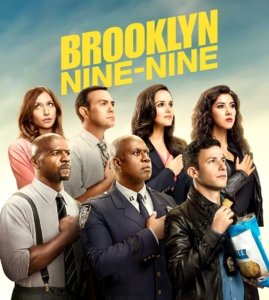 Brooklyn Nine-Nine. This comedy follows around New York’s funniest police precinct. I like how light-hearted everything is and the unexpected chuckles when I least expect it. Brooklyn Nine-Nine won a Golden Globe Award for Best Comedy Series!

Dead to Me. The humor is dark, but it is funny. Also, it has a few plot twists that really get you. I am currently waiting for the second season to come out.

You. A local bookstore manager falls in love with a female writer. He does everything possible, including killing people, to get closer to her. The twists and turns of this show will keep you watching.

Schitt’s Creek. I haven’t watched a show that made me laugh as much as this one in a long time. The dysfunctional family members are all my spirit animals! The costumes are fantastic. David’s sweaters, hello! The actors have so much chemistry with each other. The writing is so clever. It’s hard to turn it off.

The Office. I just started binge-watching The Office (again). It’s entertaining and easy to watch, so I can always count on it for a good laugh. One of my favorite parts of re-watching The Office is noticing similarities between characters in the show and the High Five Events team! 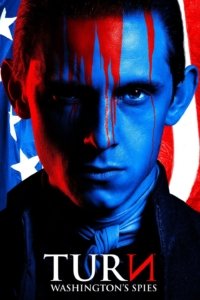 Turn: Washington’s Spies. It’s about a turnip farmer during the Revolutionary War who helps defeat the British by becoming a spy for General Washington. I tend to like period pieces and this one is only four seasons long so you can’t get too carried away.

Forensic Files. There are so many reasons to watch this documentary-style TV show. The main reason: every episode is thrilling and re-watchable! Experts gather and utilize every piece of evidence to prove that there is no “perfect crime.”

Game of Thrones. I held out for 4 seasons before I watched the first episode. Thought I’d be cool and “not watch that show.” Welp, watched Episode 1 and was immediately hooked. I also highly recommend reading the books!

Peaky Blinders. A gangster family epic set in Birmingham, England, in 1919, several months after the end of the First World War in November 1918. The story centers on the Peaky Blinders gang and their ambitious and highly cunning boss, Tommy Shelby. I like how good the wardrobe and settings are to the time period.

Parks and Recreation. I like seeing how the characters evolved over the seasons and how the inside jokes never got old.

Top Gear. I like knowing how things work and this show is right up my alley. They travel the world testing whether or not cars actually do what their manufacturers claim. This show has been around since 2002, time to catch up! 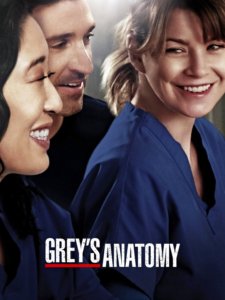 Grey’s Anatomy. It is particularly good to binge-watch because there are SO MANY SEASONS AND EPISODES! I also love it because of all the drama.